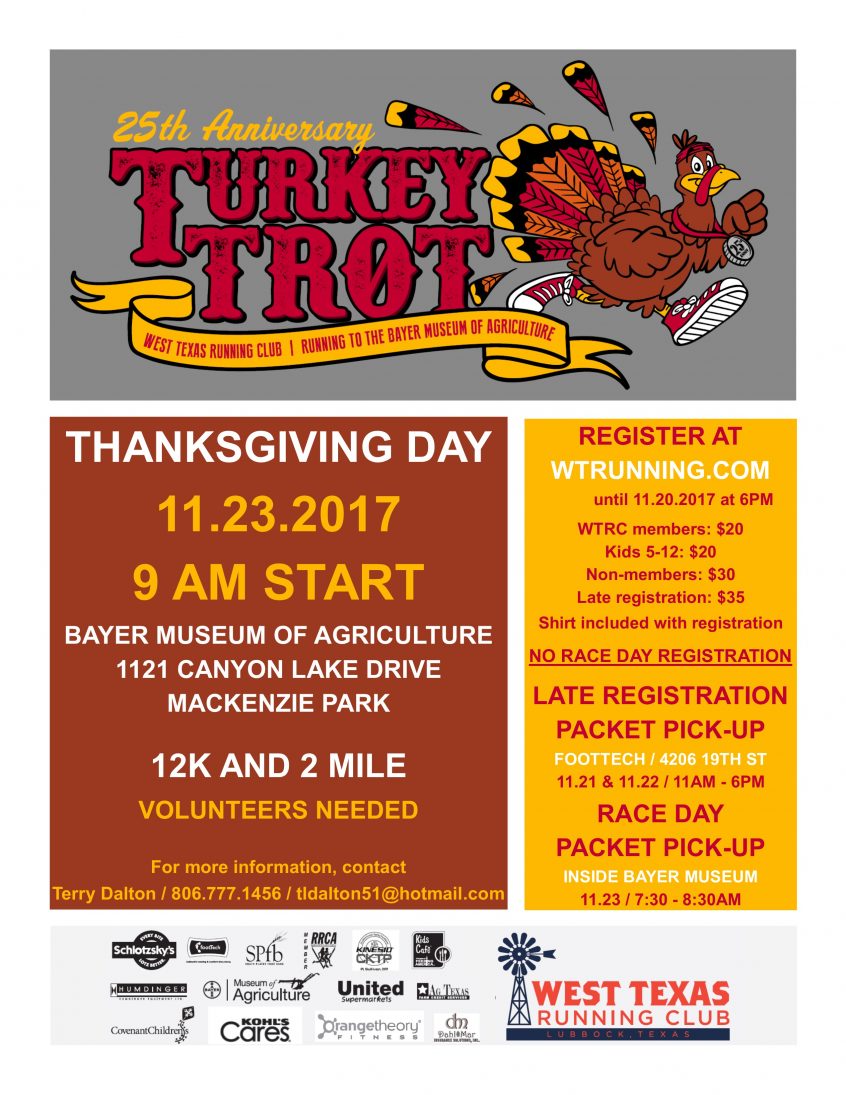 Thanksgiving is one of my favorite holidays because it is filled with smiles, laughter, family, and most of all, the delicious food! If your thanksgiving is anything like mine, you always seem to end the day with what seems like more food than what you started with, a stuffed belly and a small feeling of guilt for eating so much food. Well, I finally found a way to lessen the guilt! Instead of starting the morning watching football on the couch, or cooking in the kitchen… Wake up, and trot your way to the finish line at the annual Turkey Trot hosted by the West Texas Running club. Starting your thanksgiving with an active morning leads to less guilt and healthier choices throughout the day!

The West Texas Running Club makes this event so easy for the whole family to join. The Turkey Trot has two distance options. One is a 12K for the older and more experienced trotters, and the other is 2 miles for the younger turkey’s and their families. Since 2012 the Turkey Trot has moved to the Bayer Museum of Agriculture in Mackenzie Park, giving plenty of space for all turkey trotters.

If you would like more information on how to register or volunteer go to this website: wtrunning.com

Make this thanksgiving an active, healthy one! Start it off with a trot, eat a nutritious thanksgiving meal, and sleep off the hard work later!